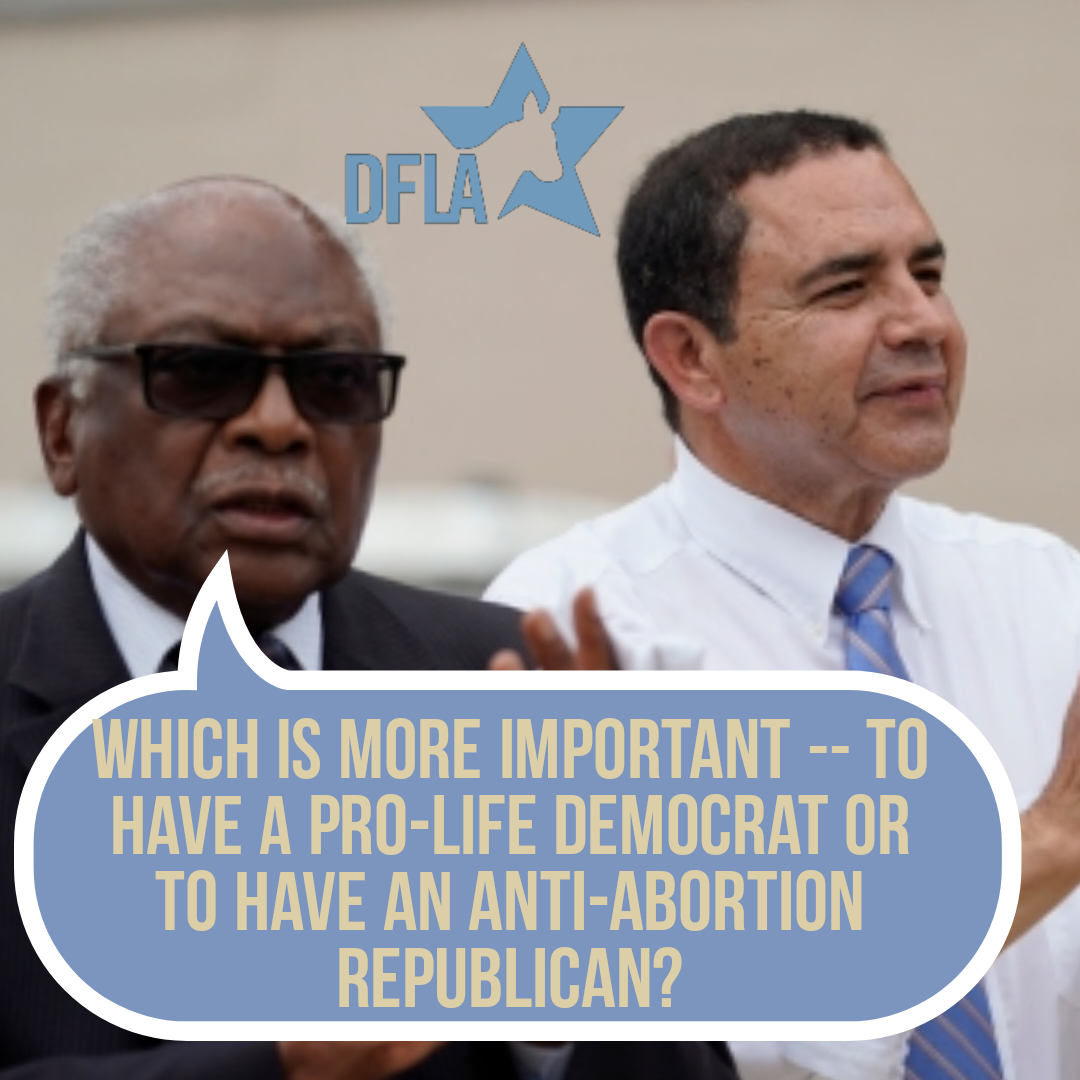 Abortion Lobby Doubles Efforts That Would Turn the Seat Red

Fairfax, VA May 18, 2022 - A Democratic primary challenger to incumbent Congressman Henry Cuellar called House leadership to withdraw their endorsement of the incumbent Congressman. House Majority Whip Representative James Clyburn (D-SC) campaigned recently with Cuellar to reinforce the endorsement and stress that the Democratic Party is inclusive and does not have a litmus test. House Speaker Nancy Pelosi and Majority Leader Steny Hoyer have also endorsed Congressman Cuellar.

“We appreciate the Democratic leadership supporting Congressman Cuellar and promoting a big tent approach to election success,” said Kristen Day, Executive Director of Democrats For Life. “Majority Whip Clyburn is a well-respected leader whose endorsement helped now-President Biden win the South Carolina primary and clear his path to the Presidency.

The Democratic leadership knows that a Cisneros victory would provide a huge opportunity for the Republicans to win the district if they are running against the progressive pro-abortion left wing of the Party. The Cook rating lists the district as a Democratic toss-up. In their new book, This Will Not Pass, Jonathan Martin, and Alexander Burns shared Nancy Pelosi's concern that certain Democrats have alienated immigrant and faith communities with sloppy rhetoric on abortion.

“Cisneros and the progressive wing are more interested in purity tests than in governing,” said Day. “They would rather have Twitter fights than another Democratic vote in Congress.”

Leadership means being able to work within your Party and across Party lines for the good of the people.

“Congressman Cuellar has shown this leadership,” said Day. “By supporting Cuellar, the House leadership has made it clear that we are a big tent Party that wants to win. With the challenging 2022 midterm election approaching, the Democratic leadership recognizes that Congressman Cuellar is the only candidate who can ensure a victory in November. The 28th district deserves a Democrat who can win and go on to support healthcare, education, voting rights, and other mainstream Democratic values. Cuellar has represented the district's best interests and should continue to do so.”